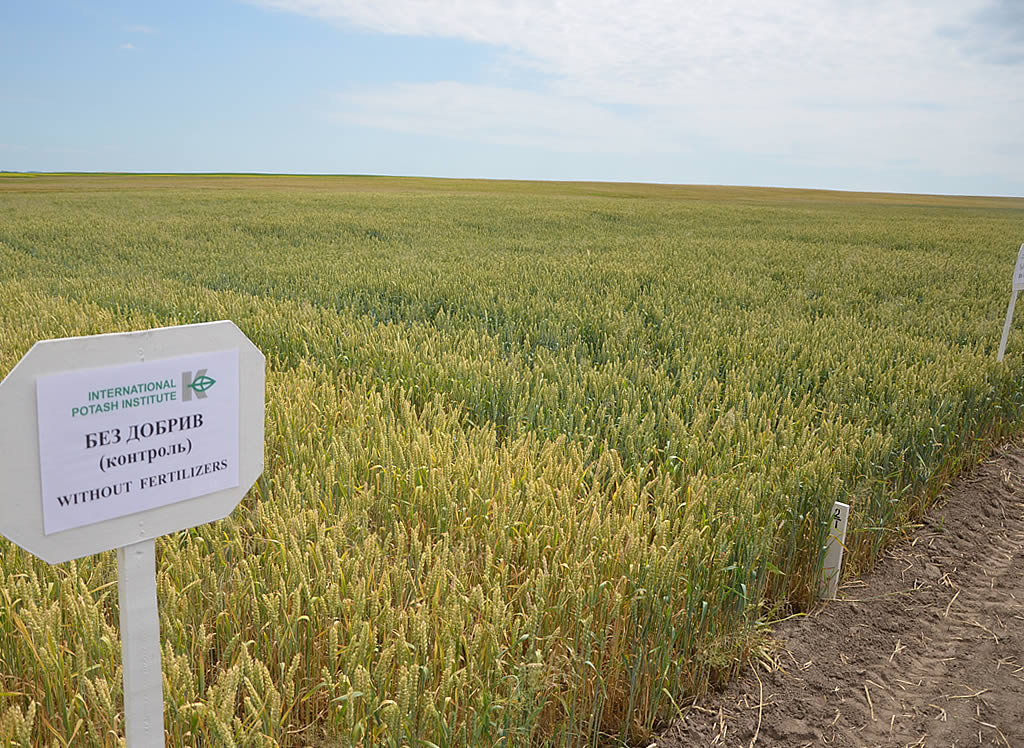 Agricultural production in the countries of the former USSR sharply declined during the end of the 20th century and has only started its recovery during the last 10-15 years. The destruction of the agricultural systems led to the abandonment of well-rooted practices, particularly those of mineral nutrition, the reconstitution of which is currently a major challenge. The objectives of the present study were to reassess, demonstrate, and discuss the efficiency of potassium (K) application in relation to nitrogen (N) fertilization level in winter wheat, maize, and sugar beet production in Western Ukraine. Here, the main results obtained for the three crops during a 3-year research project are reported briefly. Field trials were conducted over three growing seasons (2012-2014) on a shallow, slightly loamy Chernozem, low in organic matter (OM) content. Each trial consisted of nine treatments, the first of which was a non-fertilized control. The other eight treatments consisted of four rates of K application on top of two N levels (120 and 180 kg ha-1), and an even phosphorus (P) application within a crop. The yields of the non-fertilized control of winter wheat and sugar beet corresponded with the mean annual yields obtained in recent years, highlighting the existing poor level of basic mineral nutrition in those two crops in Ukraine. On the other hand, the large difference between the non-fertilized control and the mean annual yields in maize demonstrates the significant progress made recently in the cultivation of this crop in Ukraine. Adequate N and P application is a prerequisite for achieving significant yields and improved quality in all three crops. On top of this, increased K application also brought about significant improvement in yield and quality parameters. Interactive relationships occurred between N and K uptake, where increased K application promoted N uptake, and vice versa. In all three crops, maximum yield, produce quality, and net income were obtained at the highest rates of K application tested. However, for winter wheat and sugar beet, the maximum has not yet been achieved, thus a further increase in the annual K dose should be examined from an economic viewpoint. In maize, on the other hand, additional K application is not expected to provide any higher yields. Nevertheless, annual K dose distribution during the season according to the progress of crop developmental stages, particularly in wheat and sugar beet, should be examined to achieve further improvements in yield and quality.